Posted on February 22, 2017 by sauceandshake 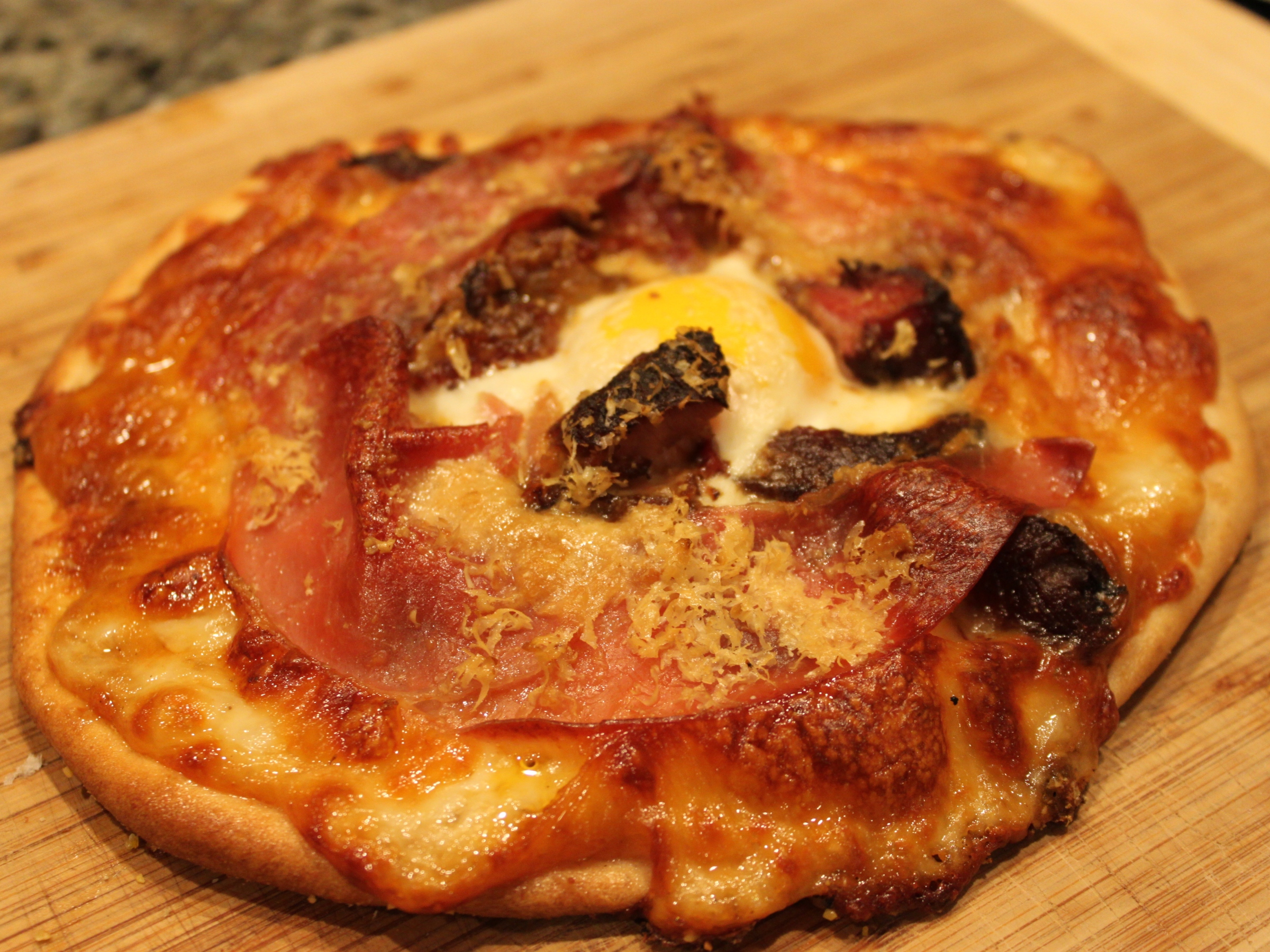 Pizza parties are always fun, but delivery is expensive and slow, and pre-made frozen pizzas never quite measure up-not to mention nobody can ever agree on toppings. Combat all these problems by making pizza at home-you provide the base, sauce, and cheese, and ask your guests (or family members) to bring a selection of toppings. It is an easy way to do a potluck without putting pressure on people to actually cook something, and it’s a fun way to try some new and gourmet toppings without spending $30 on one of those fancy restaurant pizzas. Thanks to everyone who came over and tried their hand at a creation!

Shake says: Pizza and beer is a match descended from the heavens. Around our house the favorite is Mac and Jack’s African Amber, an unfiltered amber out of Redmond, Washington. It is malty, with a touch of hops tempered by a killer honey-like finish. This all comes together and goes with just about any topping combination you could come up with!

On the other hand, Sauce and I are red wine lovers. South American wines can be unbelievably good for a steal of a price. Espuela del Gaucho’s Malbec was $8.99 at our local grocery store and perfect for a pizza night. Its great for just about any palatte and goes great with any of the pizzas we tried! 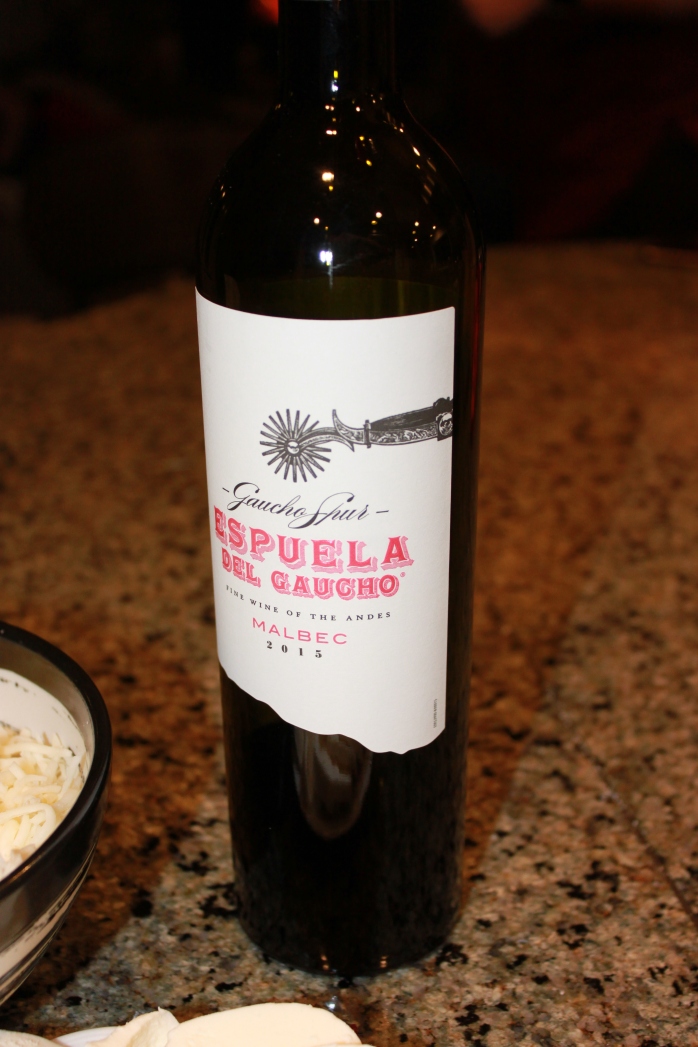 3 balls frozen pizza dough Saucy Note: There are plenty of recipes online for pizza dough, but I cheat and use frozen dough. It comes in balls that easily divide into 3 mini pizzas-thaw it a few hours ahead of time and roll out when ready to use. I divide the ball first, and then roll out the pizzas individually.

For the Pizza Sauce

2 tbsp Garlic sauce Saucy Note: I use something called Karam’s Garlic Sauce-it’s a Lebanese product that they sell at the grocery store in the refrigerated deli or meat section. If you can’t find it, you can make a substitution by blending 6 cloves of garlic, 1 tsp. lemon juice, 1 tbsp. olive oil, and a pinch of salt in a food processor until smooth.

Egg Saucy Note: The day we made these pizzas, my neighbor gave me over 40 fresh eggs from her chickens. We cracked one in the middle of a few pizzas before cooking them, and it was amazing. I highly recommend it.

Gravy Saucy Note: One of our friends that was over mentioned a breakfast pizza she had with gravy on it, so I immediately made a quick reduction using beef broth and seared ham pieces. I mixed it with my pizza sauce, but some of us just poured it right on top. It only took about 15 minutes to quickly reduce the gravy, so make sure you’re saving those trimmings in the freezer!

Thaw the pizza dough at least 4 hours ahead of time.

Preheat your preferred cooking apparatus. If you have a pizza stone, let it heat up for at least an hour. We use a pizza stone on our smoker, but you can also cook these in the oven or on the grill, with or without a stone. Whatever you’re using, you want the temperature at about 450°F.

Start gravy, if desired. I seared about 8oz. of frozen ham pieces until very dark, and then quickly reduced 64oz. of beef broth-it seems like a lot of liquid, but I cooked it down at a medium boil instead of simmering it, so it made a nice rich sauce in less than 20 minutes. 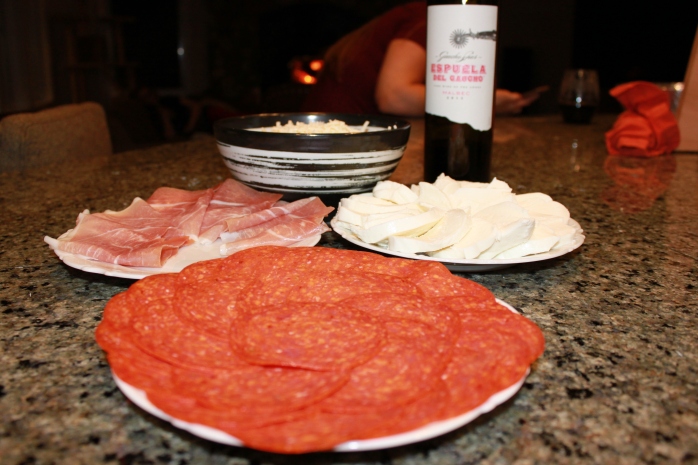 Divide dough balls into 3 pieces. Roll out individual pieces to about ¼” thick-if you want to try the tossing thing, be my guest, but I haven’t figured that part out yet. Not that it stops me from trying every time.

Before anyone makes the first pizza, spread a thin layer of cornmeal on the pizza stone if using or baking sheet if going that route. If you are making more than 2 or 3 you’ll have to re-apply this every few pizzas to keep the dough easy to move around. It basically allows the dough float around on top of it and makes it extremely easy to check the bottom during cooking process.

Let people assemble their own pizzas as you roll out dough. Especially if you’re using a pizza stone, it is difficult to cook all the pizzas at once, so just cook them as they’re ready. If you’re using an egg, use other toppings or cheese to make a little hollow for it so it doesn’t slide off. If you like it on the runnier side, add the egg when you turn the pizza.

Cook the pizzas for about 6 minutes, then rotate them and cook for another 5-10 minutes, until the bottom is crispy and the toppings are cooked.

Don’t burn your mouth trying to devour your delicious creation!